Some infos about DJ6SI story (update)

First of all let me clear that DJ6SI he is not in jail. Police arrest him late the night (using anonymous info) and the very next morning he guided to the court with a lawyer that court find for him. During his arrest (as the police says and his lawyer confirms) he try to destroy his FT-890 and a Laptop and to kill him shelf. His lawyer at video ask sorry about this and says that his customer was drunk.
Court ask to be translated all his papers for the trial and they leave him to go.
Baldur is now at his home at Germany FREE and the trial is dated for June 7.
I call his layer right when i informed the case and ask to him to call me as witness ONLY to explain what ham radio is to the court. A local ham and friend from Kos island (SV5AZR) will be on court as I know to do this.
I have almost daily E-mail communication with Baldur.
The only reason that Im trying to help is the Ham radio and the place where Im living. In the place of Baldur can be anyone of us..
Some people says that Baldur have a grey history to follow him and some problems in other DXpeditions... This is not my problem. Is a Ham with CEPT agreement licence who have trouble in my homeland.... That's all.
After all nowdays if some one wants to give info as spy is not necesery to put  antennas and cary radios with him. A smart GSM phone is OK... that's my 2 cents...

Unforunately Kos is not the only place in the world that the authorities have no idea what amateur radio is. Also remind that the people they afraid what is not familiar everywhere in this world. Some times Hams looks like strange people and some things is looks like devil (our radios) and some other times Morse machine keep dark memories to some people helped with Holywood movies with spies. That can happen...

Many Ham "friends" get a good oportunity to leave their poison about Greece. I found in several forums, blogs and web pages comments that I refuse to accept that is belongs to Hams. Someone says "...throw them money to release Baldur"...!!! Thats the real shame. Maybe we are as nation in very bad economical situation but we still the owners of greek word FILOXENIA.

20 years now as Ham I have welcome over 200 Ham at my island offer to them hoslpitality and help for their Ham operations form the simplest one to big ones as J45M EME DXpedition. And is not only me but ALL of us in Greece. I open my house and my shack and our local club SZ5RDS to all and the best answer to this poison is their opinion about Greece and Greeks. So stop blame my country...!!!

Greek people still friendly as you know them thrue thousands of years and they wait  for you in Greece as every year. We stiil have the best ways to leave  your myth in Greece. If you plan to visit Rhodes island will be my pleasure to be your guide to the island. Just drop me a E-mail...!!!

If you plan to operate during your holidays at Rhodes island and you still affraid (!) the authorities, DON'T bring any radios with you.

Greek Islands On The Air 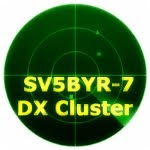 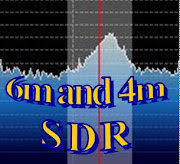 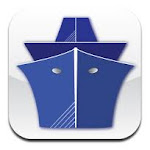